Are We Really in Danger of Making an Idol of the Family?

“One of the acceptable idolatries among evangelical Christians is the idolatry of the family.”

That’s what I tweeted last week. To be honest, I didn’t think much about it. I’ve said similar things in sermons for the past decade, and I’ve tweeted similar things before. But this time—I was later told by friends who track with Twitter more closely than I do—the statement took on a life of its own as this one sentence was liked 1,600 times and bandied about on social media for the next few days. Unknown to me, I was (depending on who you ask) suddenly saying something wonderfully courageous or terribly misguided.

So let me clarify.

As far as I can tell, I first uttered this statement (or something close to it) in a 2010 sermon on Mark 3:31-35 entitled Jesus’s Real Family. The tweet itself comes from a more recent sermon on the miracle at Cana in Galilee. My point in both cases was that a commitment to family must not come before a commitment to God.

I began the Mark 3 sermon by noting two competing notions of the family in our culture: family as straight jacket (as in the 1998 film Pleasantville) or family as center (as in the 2000 film The Family Man). In one view, the family keeps you from everything you really want. In the other view, the family promises to give you everything you really want. Jesus promoted neither of these views. There’s no doubt the second view is much more common among Christians, and it does overlap with some Christian virtues. But it too gets some crucial things wrong when it comes to the family. I argued back in 2010 (and would argue the same today) that, according to the Bible, the family is good, necessary, and foundational, but not ultimate.

The Mark 3 sermon focused on those two words—“not ultimate”—because that was Jesus’s emphasis in verses 31-35. In Jesus’s view of the family: family ties don’t get you in, family doesn’t come first, and God’s family is open to all (that is, open to everyone who does the will of God and takes Jesus on his own terms).

There are certainly ways in which speaking of “the idolatry of the family” would be a step in the wrong direction. I’m happily married with (soon) eight children. I am most definitely a family man (and have a 15-passenger van to prove it). I would never suggest that the real problem in the world today is that parents love their kids too much or that churches are doing too much to support the family or that what really ails our culture are too many high-functioning families. In a world hellbent on redefining marriage and undermining the fundamental importance of the family, Christians would do well to honor and support all those trying to nurture healthy families.

And yet, virtually every pastor in America can tell you stories of churchgoers who have functionally displaced God in favor of the family.

Parents who go missing from church for entire seasons because of Billy’s youth soccer league or Sally’s burgeoning volleyball career.

Committed Christians who would never dare invite a college student or international over for Thanksgiving or Christmas because “the holidays are for family.”

Longtime members who can’t be bothered to serve on Sundays or reach out to visitors because the whole family always gathers at grandma’s for lunch.

Kids and grandkids who think they should be accepted into membership or be in line for baptism because their parents and grandparents have been pillars of the church.

Churches that implicitly (or explicitly) communicate that marriage is a necessary step of spiritual maturity.

Christians of all kinds who will jettison their theology of marriage or their convictions about church discipline once their children come out of the closet or embrace other kinds of (unrepentant) sin.

The idolatry of the family can be a real problem, either from the church that ignores singles and gears everything toward married couples with children, or from the individual whose practical commitments underscore the unfortunate reality that blood is usually thicker than theology.

God has given us many gifts in this life. Money is a gift. Sex is a gift. Work is a gift. Athletic ability and musical skill are gifts; so are intelligence and beauty. No one doubts that all of these good things can be idols. Just like the family. The conjugal family—one man and one woman whose covenant union produces offspring—is profoundly good, a necessary and foundational element of God’s creational design. But it is not ultimate. At least not if we are defining family as the natural relationships we have by marriage and blood, rather than the supernatural relationships we have by the blood of Christ.

Published with persmision of The Gospel Coalition 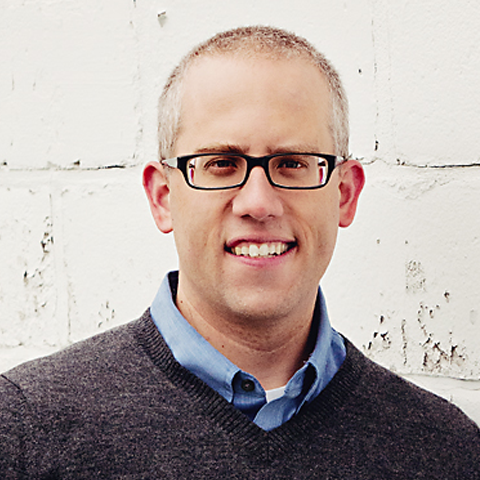